Feedback from users of minFraud, MaxMind’s fraud detection service, through interviews with power users and analysis of user behaviour showed that the queries built by the users needed to be more complex. The queries built by the existing interface were limited to two conditions and an operator, built in a linear, wizard style workflow.

The empty state as the user begins building their new query. the user may start building this query

Product’s solution was was introducing support for more than two conditions in thee application’s transaction screening queries. In order to make sure the logic was sound and the users could make the rules that would be most useful to them, the existing wizard style builder needed to be replaced.

The logic to build a four condition query with mixed operators required an interface that allowed users to define operations using “and” as well as “or” which needed to be logically insulated from each other with a nesting concept.

Since an operation can affect the other operations in the query, I determined that the wizard approach was no longer a viable option, so I designed an approach that would display the logic of the entire query at once, to allow the user to edit all operations  concurrently. 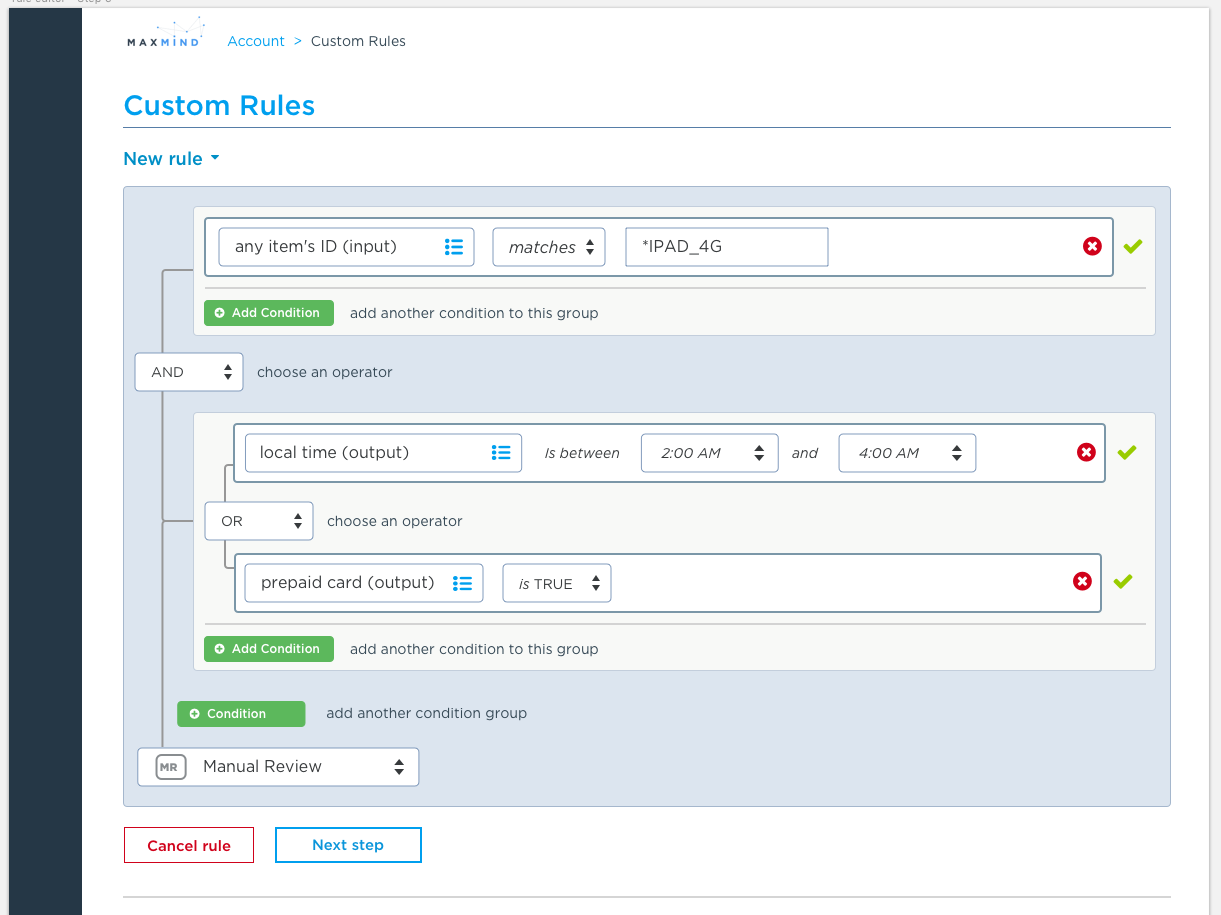 the new format allows the user to see the entire query at a glance, allowing them to make quick adjustments to both top level and parenthetical operations to get the logic that they need. When a parameter is valid, a check mark appears beside it. 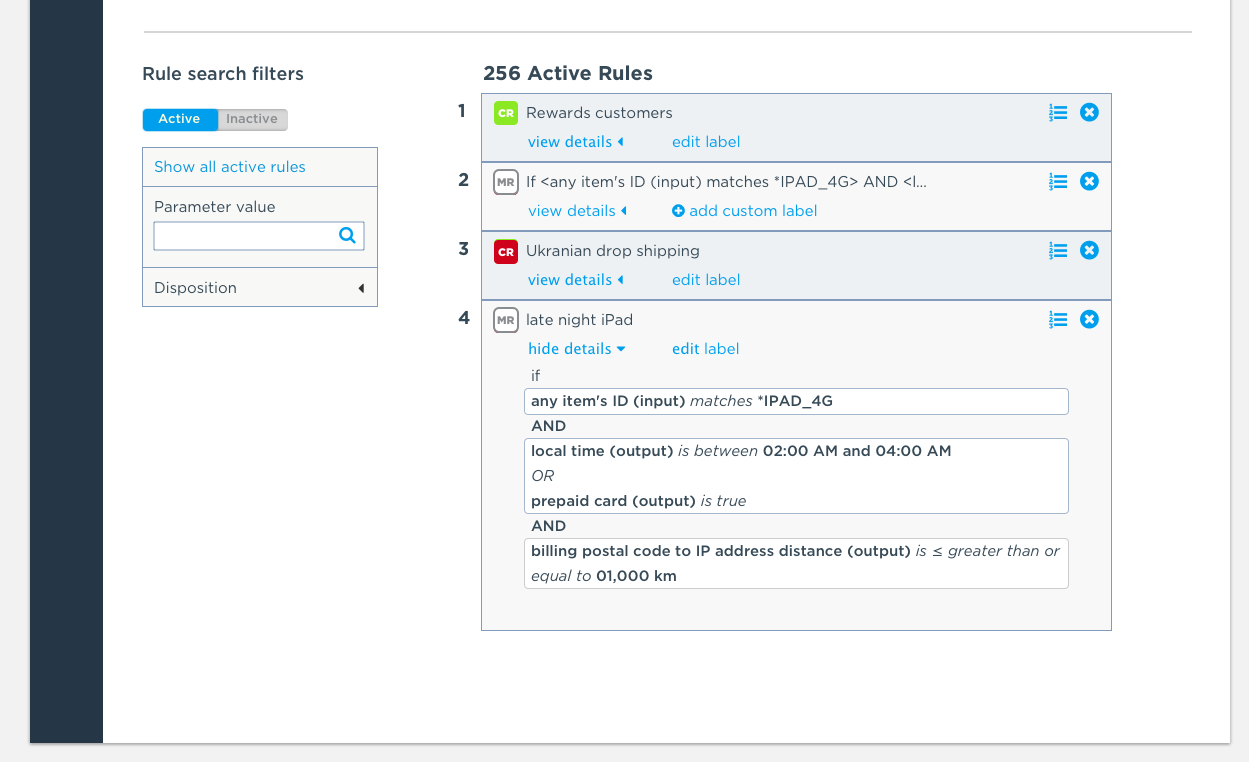 Once created, the rule can be given a label, and the detail view represents the logic of the query in a way that the user can understand quickly.